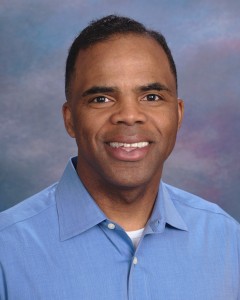 Raymond R. Tucker, Jr., founder and CEO of Tucker Leadership Group, LLC is a dynamic business leader. Ray has the unique ability of taking theorical concepts and transforming them. Using these concepts, Ray enables teams to apply them to very practical applications while getting the teams excited about the opportunities to come. His strong leadership, operational background, and broad general business knowledge makes him a well-rounded member of every team he joins.

Ray has led many corporate efforts in leadership and management development, which include working with various companies such as Xerox, AutoTrader.com, Blue Cross and Blue Shield Association, Virgina’s Department of Aging and Rehabilitative Services, or DARS and IBM Global Operations.

Ray spent 16 years with Sprint Corporation and held a variety of leadership positions such as General Manager, Staff Support Manager for the Sr. Vice President of Care Operations, and Director of Global Operations during his tenure. Prior to his career with Sprint between May 1991 and April 1999, Ray served his country on active duty as a Commissioned Officer in the U.S. Infantry Branch. While serving his country, Ray performed several roles including Platoon Leaders, Army ROTC Instructor, and Company Commander. During his tenure he was rated in Top 10% of all U. S. Army Officers for the Year Group 1991. Ray also received all top performance evaluations as an Army Officer. Ray has been awarded numerous military awards for his leadership and operational excellence. In 1995 Ray was selected as Instructor of the year by the U.S. Army Tradoc Command for his work while stationed at Alabama A&M University.

Ray has been honored with numerous awards for performance excellence. In 2009 Ray was honored as the first national winner of the Sprint’s Manager of the year award representing the entire corporation over 60,000 assocates. In addition Ray was named as one of the top 100 employees in Sprint.

Ray is the Executive Chair on the Board of Directors for the Youth Law Center and he is a proud graduate from Virginia Commonwealth University.

Tucker Leadership Group (TLG) is a veteran-owned small business (VOSB) that specializes in providing innovative strategies for solving the most complex challenges for both public and private sector entities. Here at TLG, we take PRIDE in developing current and future leaders. Navigating to … END_OF_DOCUMENT_TOKEN_TO_BE_REPLACED